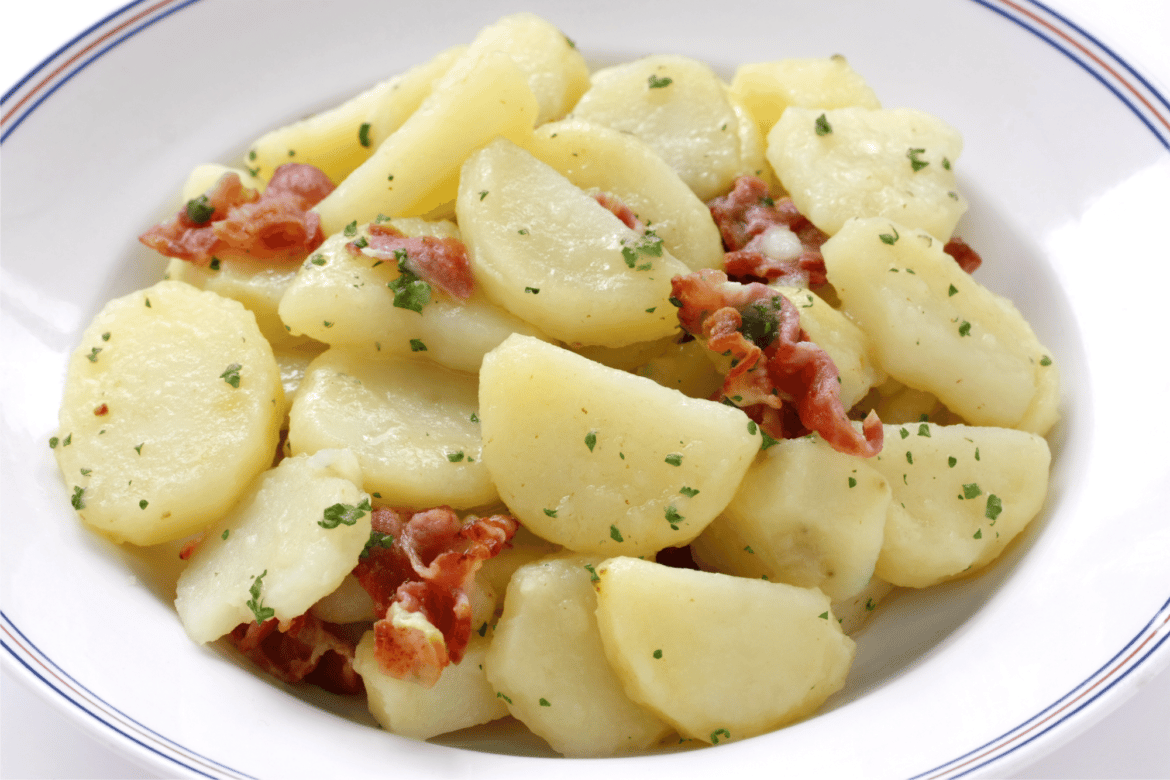 Any authentic German potato salad recipe will generally call for bacon, and it uses vinaigrette in place of the traditionally used mayonnaise. This recipe is served warm in the southern part of Germany and is called Kartoffelsalat. In the northern area of Germany, the potato salad is much more similar to the traditional American style and includes the use of mayonnaise.

To make this German potato salad recipe, you will need a large pot to boil the potatoes in, both a medium-sized and small-sized pan, a knife, and a stove-top. 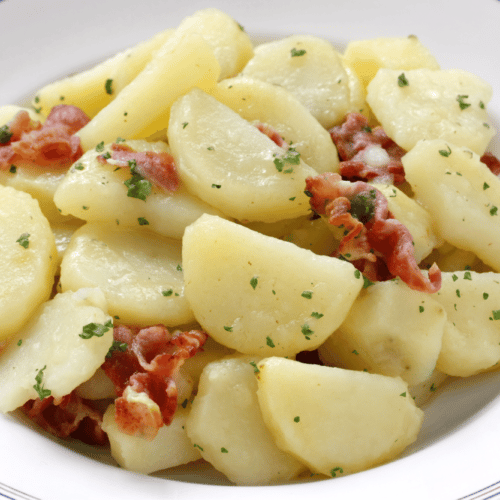