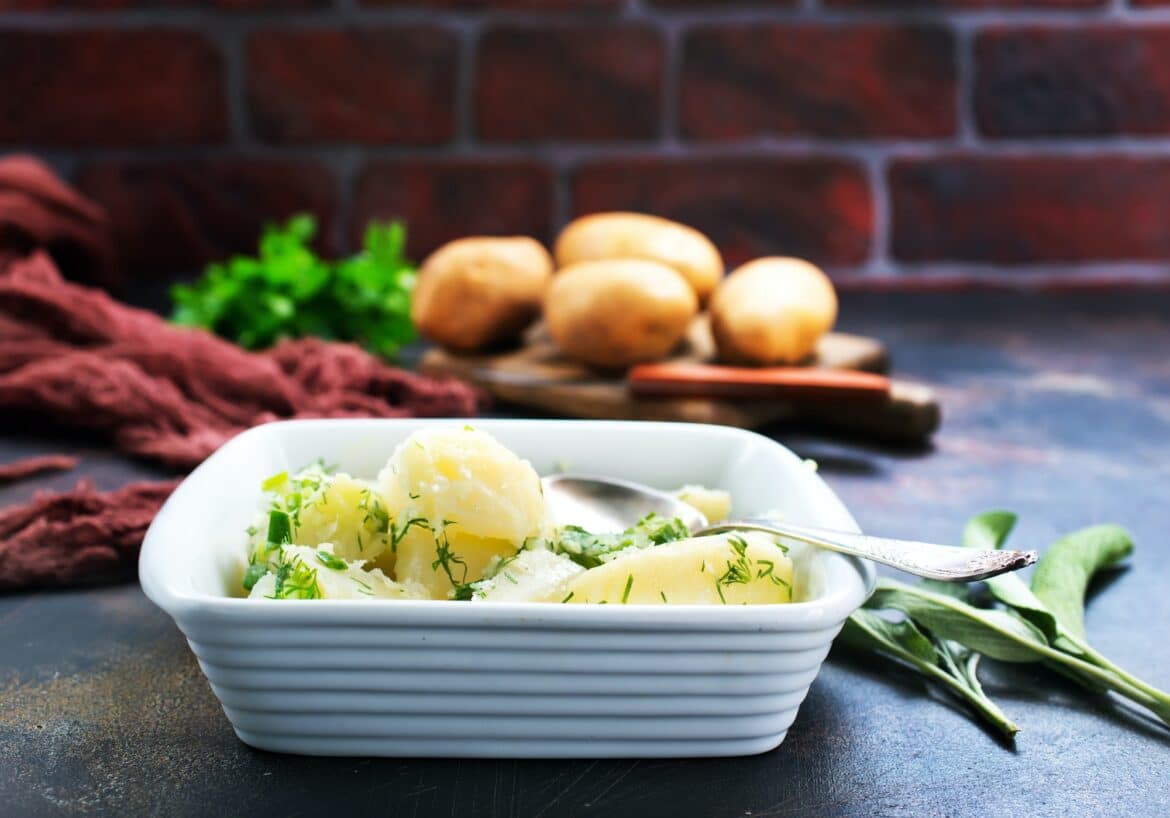 Potato Salad is the ultimate side dish. It pairs well with almost anything, especially my Vegan Chili Cheese Dogs recipe. Typically a dish associated with summertime and barbecues, it can easily be enjoyed all year round. This recipe makes a rich and creamy Vegan Potato Salad, and fresh dill adds a complex flavour.

The first potato salad recipes were documented in the 16th century in Europe, when explores brought back potatoes from South America. Potato salads are typically vinegar-based and often have some sort of cream additives such as mayonnaise or sour cream. Veganaise is a delightful tangy substitute for the vegan version. Potato salads are usually served chilled or at room temperature.

Not only is Vegan Potato Salad inexpensive, but it’s also great for serving large amounts of people. 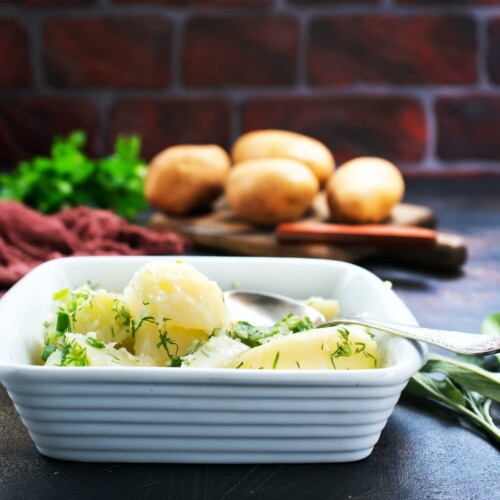