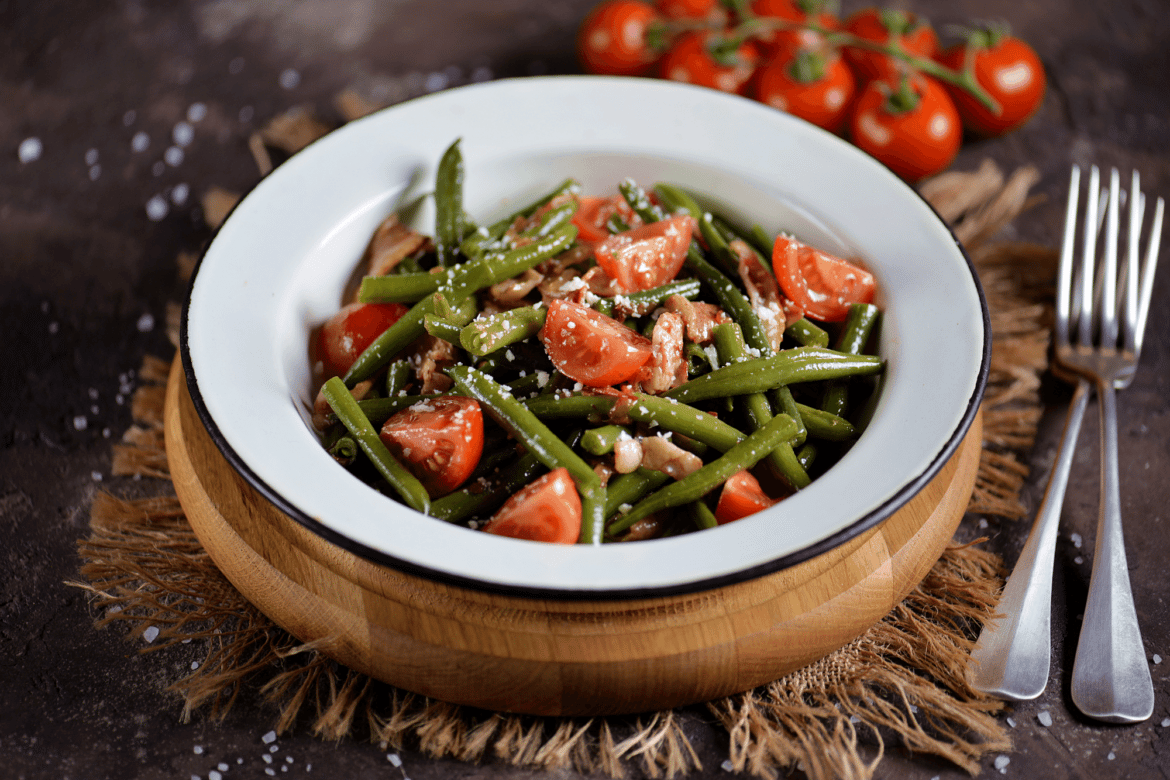 I’m excited to share my bacon and green Bean Salad recipe with you! You really don’t need a measuring cup for this recipe–use your senses and get crazy. My favourite part of this recipe is crunching the bacon between my hands. I’m a sucker for bacon, but it’s time to say goodbye to pork.

I’ll be enjoying my bacon and green bean salad sans bacon. I know, but I recently joined a gym and my new trainer, Katie Boyd, banned me from eating pork. Pridefully, I told her about my mass consumption of cured meats, especially parma prosciutto. So this salad recipe is what I ended up with. 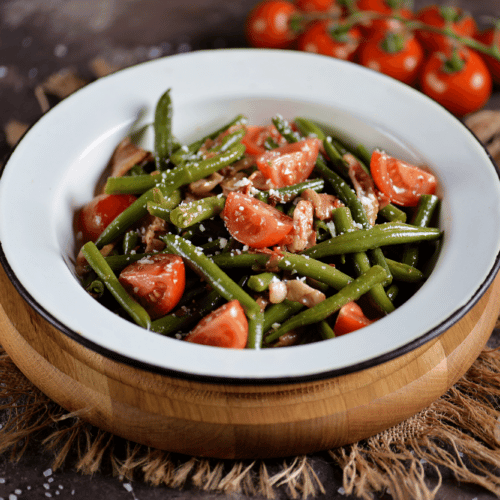 Phoebe Green
This bacon and green bean salad is one of my favourites! It only has six ingredients, but it is packed with flavour! French string beans are loaded with fibre and vitamin A and have no saturated fat! This is a guilt-free salad packed with a punch.
5 from 1 vote
Print Recipe Pin Recipe Share by Email Share on Facebook
Prep Time 10 mins
Cook Time 7 mins
Total Time 17 mins
Course Salad
Cuisine American
Servings 2 people
Calories 99 kcal